With the 2017 application window open for the JET (Japan Exchange and Teaching) Programme, we asked some recent returnee JETs to share their experiences with us. Our first article is from Callum Forbes who was placed in Naoshima, 2014 - 2016.

Please note that the deadline for applications is Friday 25 November 2016.

Thoughts on Naoshima: The So Called “Art Island” 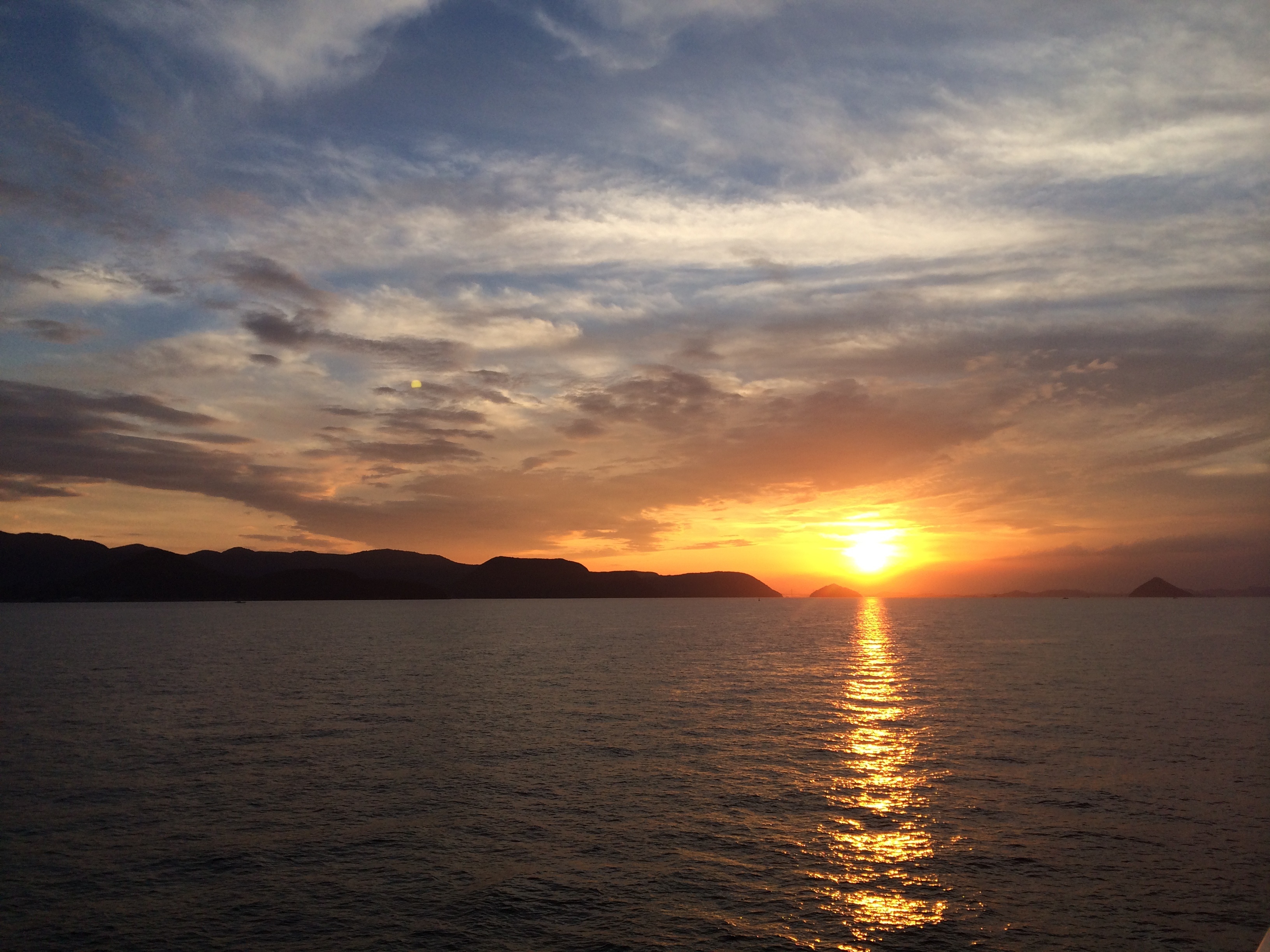 I was dropped on a tiny island called Naoshima, an emerald blob amongst the many dotting the horizon of the Seto Inland Sea. A landscape quite alien to me. I remember being aboard the ferry, and looking around at my fellow passengers who were staring blankly in to the dull alluring glare of their iphones, in utter disbelief that anyone would want to look anywhere other than out of the window. As we approached the little island, rising from the peak of the north side, stood the quaintly beautiful red and white chimney of Mitsubishi Materials. Like a candy cane stuck on the mountain, from its dominant position spilled out a white smoke that danced over the skyline and mingled with the clouds, before dispersing into a thin haze. A factory island, with a long and interesting history, in decline for years as young people left to find work that Mitsubishi couldn’t provide.

But with the steady downscaling of the heavy industry on the island, came a unique and unusual revival. This was all a result of an ingenious piece of social engineering by a former mayor, Mr Chikatsugu Miyake and Mr Fukutake, founder of the Benesse Corporation, who jointly decided that the north of the island would be dedicated to industry, the centre, shielded behind a central ridge of mountains, would be dedicated to Education and living, whilst the south would be reserved for nature. This tri-fold partition of the island remains today, although the south has developed into something that I am sure was beyond imagination at the time of conception.

The Benesse Corporation have had a campsite on Naoshima for 27 years. It started as a way for children to be able to camp, and learn about art and nature. Now, there are 3 world class contemporary art museums on Naoshima. As such, my living there was a king of aesthetic realisation. I have never been interested in modern art, thinking it has become little more than self mockery, but, having lived on Naoshima I have come to see modern art in a different light. The world renowned Chichu Museum, for example, is a museum that challenges the concepts of permanence and art, with three pieces set on permanent display in a museum lit entirely by natural light. Nothing in the museum changes, but for the light in which it is viewed. On a rainy day in winter, dark clouds cast shadows on the 5 magnificent Monet Water lily paintings that dominate a single, corner-less room. Attend in the midst of the summer sun, and the views over the Seto Inland Sea command as much attention as any of the art, and James Turrell’s “Open Sky” will blind you with an intense blue light, the same light you experience every day, contextualised and framed in a different way. These experiences were ones in which I connected to art in a way that I hadn’t done in a very long time.

What I have just written is in many ways a tourist’s impression of Naoshima. But I wasn’t a tourist. I was living and working on the Island. Of course, when you live there, you come to experience a different side to the art, and more importantly, the island itself. I want to mention two ways in which this is true, though there are many more. The first, is that the museums are almost too perfect. Every detail meticulously designed, each space thought through to complement the pieces perfectly, and all set “within” the nature, so as to leave it undisturbed to the eye. It is almost sterile, like a clinic - which are often thought to be diametrically opposed to the expression and chaos of art. The second, is that, notwithstanding the first observation, the art has inspired and revived the island in a meaningful and lasting way. Families can support themselves on the income made in their restaurants (how many other villages of 3000 people have upwards of 30 restaurants?). Young adults are coming back to live and work on the island after University: and not just former residents, but new people too. Children who are there now, don’t want to leave. But not only that, I could sense artistic inspiration amongst the children I was teaching. Not only that, but the influx of tourists has provided the children with a tangible reason to use and study English. I would often see teenage students of mine helping their grandfathers rent bicycles to tourists in English. I would see them guiding tourists to the museums in English. I would even see them having a conversation in English, out of their own free will. I can’t imagine there are many ALTs who have experienced that!! 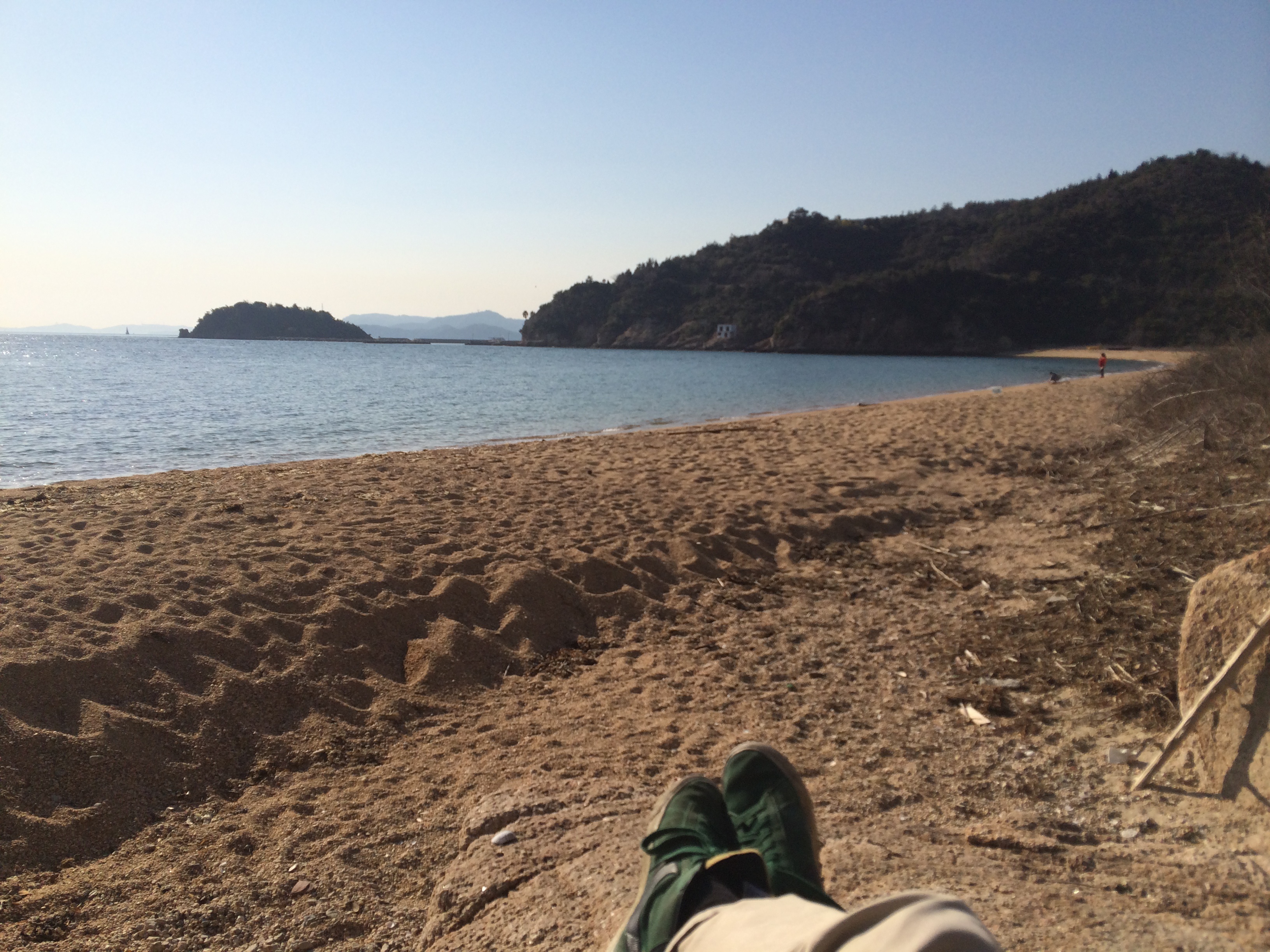 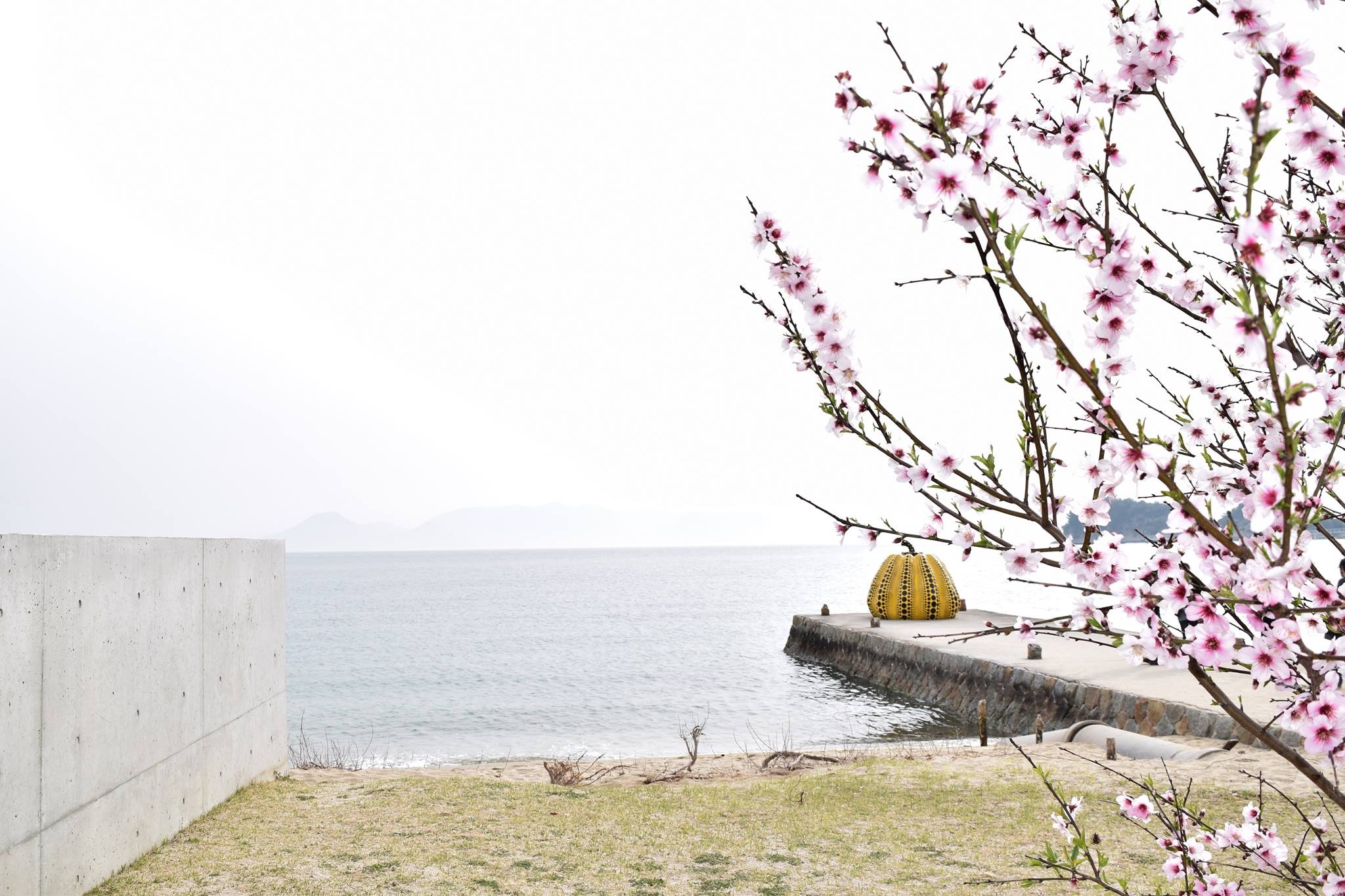 So what does all of this mean? The enthusiasm gives the English curriculum a chance to be bold. To do interesting and fun activities. To not use a textbook at all until Junior High School. To host events such as Meet the World, which draws ALTs from all the surrounding prefectures to come and enjoy a day of English activities and guided tours, on a Saturday, lead by the students. It created a learning environment that could not be more perfect for studying English as a second language, but it also created an environment where I could flourish alongside the children. Can one replicate such an environment in all schools across Japan? I suspect not. Will the Olympics and Rugby World Cup encourage a lasting wave of enthusiasm for speaking English? I hope so. Used in the right way, the Olympics and Rugby World Cup could inspire a generation of Japanese children to use the English that they study for such a long time. It is my hope that just a little of the enthusiasm I experienced every day on Naoshima can be felt all over Japan, even momentarily, in the wake of these sporting events. 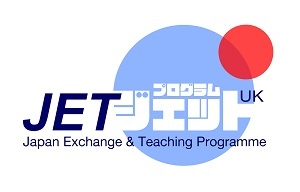