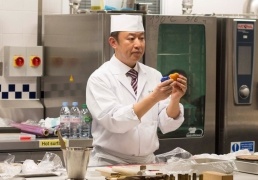 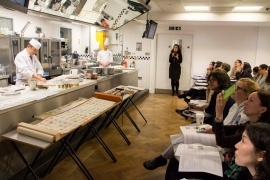 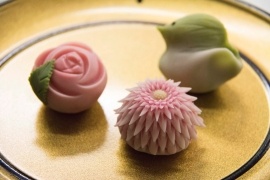 Wagashi artisan (Japanese confectioner), Takeshi Inoue, recently visited the UK as part of the "Japan Brand Program" to promote his traditional Japanese craft. Mr Inoue is the 4th generation owner of Baika-tei in Kagurazaka, Tokyo which was established in 1935 by his grandfather. In November 2016 he was awarded the “Tokyo Artisan Excellence” status (Tokyo Master) by the Tokyo Metropolitan Government. Below follows a short summary of our interview with him.

For someone who is not familiar with your craft, what is wagashi?

Wagashi are Japanese traditional sweets, with a history extending back over 1000 years. Wagashi has developed over the years as a part of Japanese people's life.


Why did you want to continue this tradition?

Born in a traditional wagashi making family, I grew up surrounded by this craft. As I got older, I was attracted to the wealth of artistic character and cultural background of this craft which plays an important role in authentic Japanese cuisine. It is an important tradition which continues to this day. 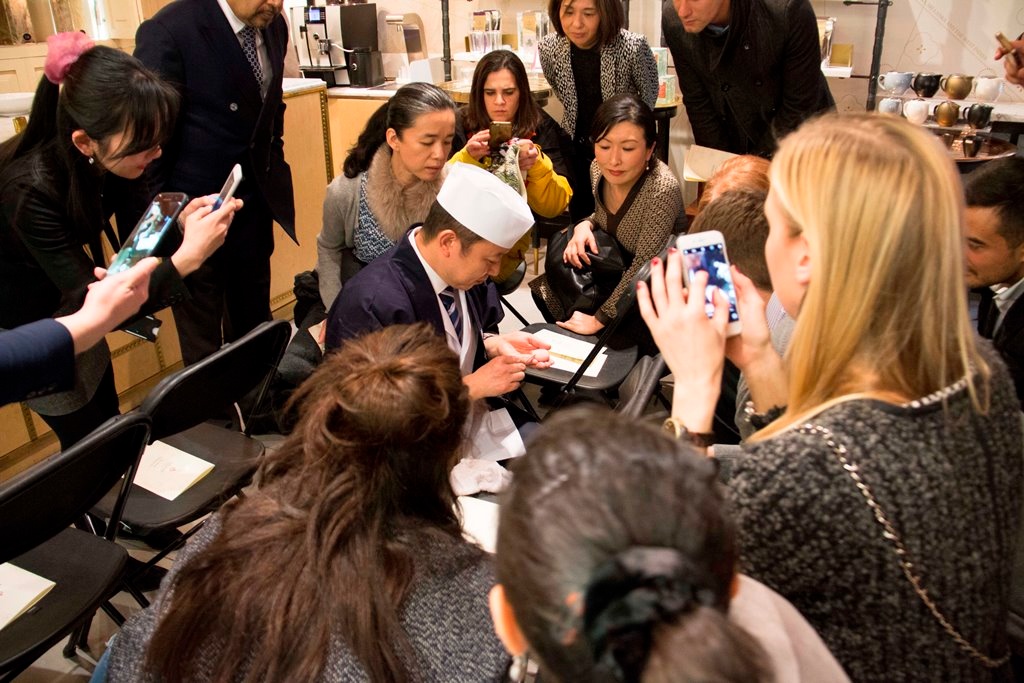 You recently held some events in the UK - how was the reception from British people?

The audience were impressed by this first-class craft of wagashi which expresses the changing seasons. People also showed admiration for the healthiness of traditional wagashi, which is made completely from vegan ingredients, low in fat, and does not use wheat.


Have you been influenced by the UK in your work in any way?

Yes. I believe I have, in the way that I now feel that I can start to produce wagashi simply for enjoyment, not just to continue the tradition and abide by convention.


What kind of collaboration or event would you like to do in the UK in the future?

If I have an opportunity, I would like to do a wagashi class, which I couldn't do this time due to time constraints. I would also like to give lectures and demonstrations at other places around the country.