The Embassy of Japan is pleased to present an exhibition on the life and art of Katsushika Hokusai (1760-1849), a renowned woodblock print and book illustration artist.

Hokusai is celebrated by Japanese and western artists alike for his subtle understanding of line, form, and balance which is exemplified in his bold compositions. His lifelong desire to continually improve his craft, whilst working across a broad range of genres, led to him creating some of the most iconic images in art history. 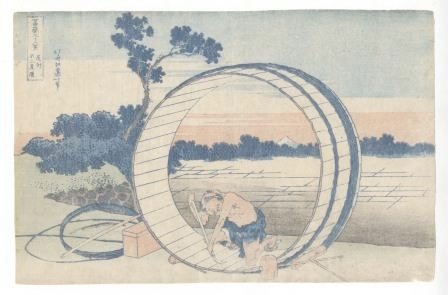 A number of those iconic images, including ‘The Great Wave’ and ‘Red Fuji’ are contained within the series 'Thirty-six Views of Mount Fuji', published when the artist was in his seventies. Within this series Mount Fuji features at times as an omnipresent feature in the background of everyday scenes, and at others entirely dominates the composition. This series in particular caught the imagination of the print purchasing public and the series became a resounding success.

This free exhibition gives a chance to see some of his original prints up close, and to discover not only how Hokusai helped to change the world of woodblock printing in Japan, but also the influence he had on artists in Europe.

A video trailer for the exhibition can be found here via the Embassy's Facebook page.


The exhibition has been created with the kind support of the British Museum and the Japanese Gallery, London.


*Image: Fujimigahara in Owari Province from the series Thirty-six Views of Mount Fuji
Courtesy of the Japanese Gallery, London