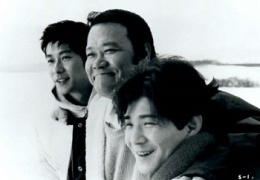 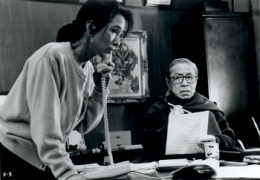 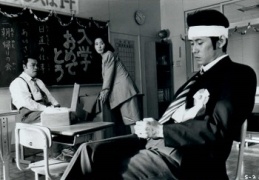 A Class to Remember II （学校II）

Ryuhei Aoyama is a teacher at a special high school for learning-impaired children in Hokkaido. With graduation coming up soon, two of his students, Takashi and Yuya, just disappear. While he has his own problem with a daughter living separately with his ex-wife, he has to set out to look for them with his fellow teacher. Driving to Asahikawa, Ryuhei recalls the time when they first arrived in his class: Takashi did not suffer from too much of a disability, but had shut himself away after suffering from being bullied. Yuya was more of a problem. He was simply violent and uncontrolled, and defecated in his pants. However, one day after summer vacation, something out of the ordinary happened: a student stopped Yuya from playing a prank with a few stern words and it turned out to be Takashi, who had spoken for the first time since coming to school. From that moment on, Takashi and Yuya changed. Back in the present, Ryuhei and the colleague, still unable to find their students and too caught up in their debates over educational philosophy, open up the sunroof and are amazed to see Takashi and Yuya flying over their heads! Ryuhei comes to feel that teaching is not just about instructing students but involves reciprocating when they give the teachers something. Having returned to the school, he soon writes a letter to his ex-wife…