Top > Exhibitions at the Embassy of Japan 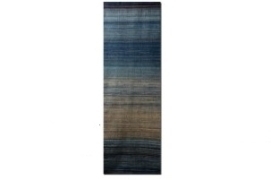 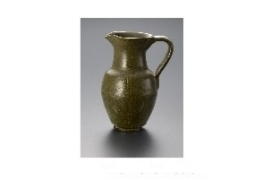 MASHIKO: IMAGINED IN THE UK  4 September – 20 October 2017
THE STORY OF HOW THE UK INSPIRED THE CRAFT CULTURE OF MASHIKO

Open weekdays 09:30 - 17:30, closed weekends
Admission is free, but photo ID is necessary to gain entry to the Embassy

The town of Mashiko in Tochigi Prefecture is a centre of craft culture which owes its development, in part, to inspiration from the UK.

Modern pottery in Mashiko can be traced back to the latter stages of the Edo Period (1603-1868) when Ōtsuka Keizaburō is credited as the first to build a kiln in the town. It is widely considered that the arrival of emerging potter Hamada Shōji in 1924, following a productive 3-year stay in the UK, helped to really establish Mashiko’s reputation, both within Japan and further afield, as a creative hub for the folk-craft movement.

Hamada befriended English potter Bernard Leach in Japan and together they travelled to the UK to found the Leach Pottery in St Ives, Cornwall. Hamada was heavily influenced by British craft and when he visited the craftsvillage of Ditchling in Sussex, he was inspired to create a similar community of craftspeople in Mashiko.

The work of Ethel Mairet, a weaver and resident of Ditchling in the 20th Century, also provided creative stimulus for Higeta Tadashi, a 9th generation master dyer and weaver who is presently head of the Higeta Indigo Studio in Mashiko.

This exhibition highlights the flow of ideas between our two countries through a number of striking pieces by ‘the father of British studio pottery’ Bernard Leach and the late ‘Living National Treasures’ Hamada Shōji and Shimaoka Tatsuzō, through to the work of the current leading lights of Mashiko craft; potter Hamada Tomoo and dyer / weaver Higeta Tadashi.

A video trailer for the exhibition can be found here via the Embassy's Facebook page.