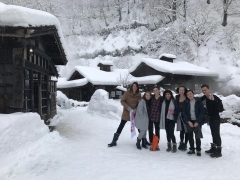 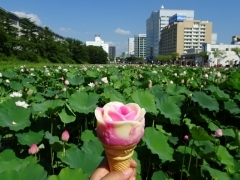 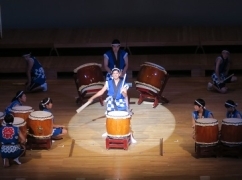 The JET (Japan Exchange and Teaching) Programme 2019 application process is now open. Currrent ALT (Assistant Language Teacher) Saijel Kerai is our latest "JET Experiences" contributer. Based in Akita Prefecture, she writes about her experiences on the JET Programme.

At the time, I knew very little about my new home and like most prospective JETs, I spent hours punching keywords into Google hoping to get a glimpse of where I’d soon be living. However, no matter what combination I tried, my results only ever displayed photos of Akita Inu, rice fields and snow. Often, with all three in the same photo. As beautiful as they were, they didn’t really give much away.

The day we made our hour flight from Haneda was the day I realised. You could research as much as you want, but every day here you’ll learn something you didn’t already know. For example, on day one I learnt that I wouldn’t be wading through a sea of Akita puppies on my way to work and that my apartment was in the heart of the “city”, which actually had four Starbucks Coffee shops and a Don Quijote! I also learnt that Akita is actually HOT in summer, and vibrantly green! Not to say the photos online were wrong, but there was definitely another side to the snow that Northern Japan is known for. This made me want to go out and see every corner of the prefecture, in every season.

If you didn’t already know, Japan is one of those few places that gets to experience all four seasons fully. Akita is no different, except we face a particularly harsh five-month winter. In the past, temperatures have fallen as low as -19℃ with the formation of yuki no otani or “snow corridors” being pretty common. These corridors can reach about eight metres tall and over twenty seven kilometres in length. Unimaginable for most Brits but, no longer so for me.

My winter journey began while on a farmstay in Odate, Akita in November. Along with six of my best pals, I had the chance to stay with an Akitan grandmother. Together we learnt about her apple orchards, made incredible “kiritampo nabe”, visited onsen, saw that year’s first snow, and made it onto national television! Akita prefecture is well known for its agricultural heritage. Since the farmstay experience, I’ve been lucky enough to have planted rice, harvested edamame and somehow made it onto the news for the fifth time.

In addition to the agricultural opportunities, I’ve also learnt to snowboard, made a million batches of soup and been introduced to Akita’s wicked winter festivals! We have everything from Kariwano (a city wide tug-of-war, where each rope is eighty centimetres in diameter, and weighs ten tons) to Namahage Sedo (where mountain demons, Namahage, play the taiko, dance around a fire, and steal “naughty” little children). Not to mention, my students’ favourite, Hiburi-kamakura (a frenzy of teenagers and adults twirling flaming ropes through the air, hosted by my main junior high school and loved by my second grade boys).

Living here, I often wondered if Akita’s fierce winter festivals were inspiration for George R.R. Martin’s “Song of Ice and Fire”. Rugged mountain ranges, thick mounds of snow and violent bonfires. The perfect backdrop for a battle. Could you imagine hundreds of drunk village men, running wild and bashing twenty-foot bamboo poles at each other? No? Well, come along to Akita’s Takeuchi festival and see it for yourself.

The winter festivals here haven’t been the only wild thing I’ve experienced. I’m currently the ALT at three schools across the city (two junior high schools, one elementary school). I adore my students and love my job! Every day comes with interesting stories and a rollercoaster of emotions, the strongest of which is pride. I am hugely proud of my students and their efforts, and proud of myself for not breaking into happy tears when invited to join their taiko team (Japanese drums). Although, I do recall being very close to tears when about to perform my solo part! Yikes.

Having three schools usually means I have very full days, but I wouldn’t have it any other way. It gives me the solid excuse to work hard and travel harder. When I’m not at school or touring Akita, I’m trying to see as many of the 46 other prefectures we have in Japan. Although Akita is in the far north of Honshu and completely surrounded by mountains, it has never been difficult to get out and explore. Along with my fabulous touring buddies, I’ve visited about 12 prefectures so far and hope for that to increase greatly in the next year.

The friends I’ve made here are from all over the world; New Zealand, America, the bus shelter near school… In fact, that’s where I made perhaps the least likely of friendships. An hour commute from home, towards the mountains, I met my 71-year-old-baba. She doesn’t speak a word of English and only communicates with me through gestures and Akita-ben (the local dialect). Despite this, we have shared some wonderful experiences together. She’s cheeky and caring, just like my own grandmother in London. That could be why we got along so well. Or, maybe it’s because she always throws yummy snacks at me on the bus. Either way, it reminds me that you really don’t need to speak the same language to be friends, although it definitely helps!

Having made it to the one-year mark, I’ve learnt that although Akita may be one of the snowiest prefectures in Japan, it is far from cold. The festivals of fire and the warmth that radiates from the people here has melted my heart. I can truly call this place home and genuinely look forward to what the next twelve months have to bring.