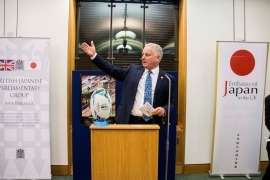 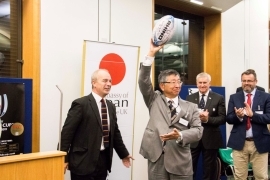 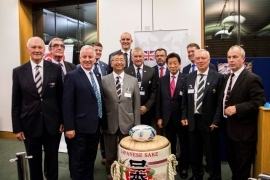 Lord McConnell of Glenscorrodale, Co-Chair of the Sport Sub-Group of the BJPG, opened the reception and stressed that the Rugby World Cup will play a significantly important role in deepening the UK-Japan sporting relationship. 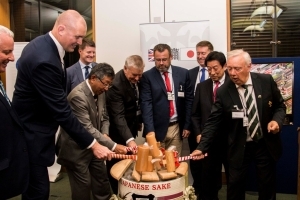 ​
The reception was also attended by Mr Yasuhisa Shiozaki, Co-Chairman of the UK-Japan 21st Century Group and Member of the House of Representatives of Japan, and His Excellency Paul Madden CMG, British Ambassador to Japan.
Ambassador Tsuruoka took the lead in performing Kagami-Biraki, a Japanese traditional ceremony to wish for a successful World Cup.