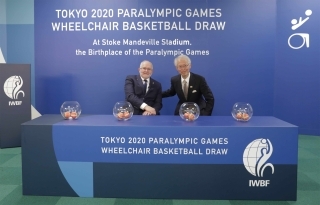 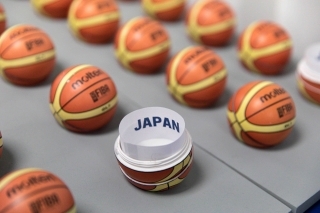 Japan Ball
On 12 May 2021, the official draw for the Tokyo 2020 Paralympic Games wheelchair basketball competition took place at Stoke Mandeville Stadium in the UK, officiated by Sir Philip Craven MBE, a former President of the International Paralympic Committee, and Ambassador of Japan in the UK HAYASHI Hajime.
In the wheelchair basketball competition, 12 men’s teams and 10 women’s teams are divided into two groups to play a round robin at the preliminary stage. The top four from each group, eight teams in total, make their way to the quarter-finals of the tournament. With this draw each team has been placed in one of two groups for the round robin. The results of the draw are as follows:


The draw was broadcast around the world. A recording can be viewed on YouTube: https://www.youtube.com/watch?v=1n61IrB7nqE