Opening of the Japanese Peace Garden in Coventry 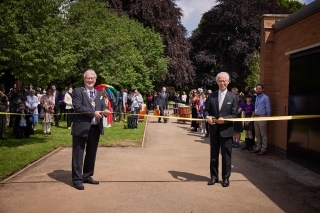 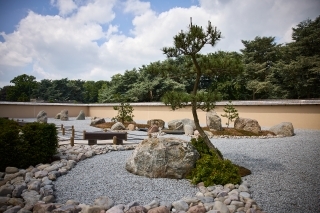 On 2 July, the opening ceremony of the Japanese Peace Garden in the Coventry War Memorial Park, Coventry City, was held in the presence of Ambassador Hayashi and Lord Mayor of Coventry.

The Peace Garden is expected to become a symbol of the friendship between Japan and the UK. More than 2,000 pupils in the city were involved in the process of planning the garden, and in so doing, they studied the thought behind Japanese gardens in cooperation with the Japanese Garden Society. The garden was constructed with the help from both local communities and Japanese companies who in working together contributed to strengthening the bonds between Coventry and Japan.

Ambassador Hayashi said that the "Japanese Peace Garden will be loved by many people in Coventry for years to come, as a symbol for peace and reconciliation and also for commemoration of friendship with Japan".