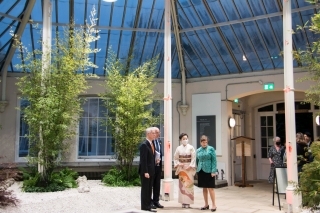 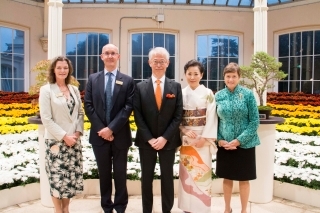 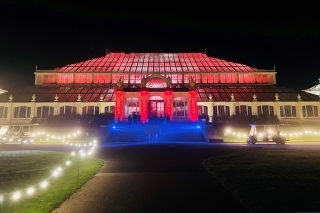 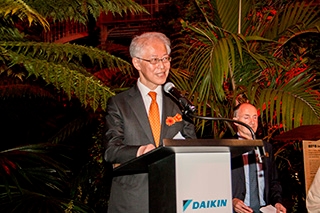 On the 7 October, Ambassador and Madame Hayashi were in attendance at the opening of The Royal Botanic Gardens, Kew’s new autumn festival “Japan”.

In his speech, Ambassador Hayashi remarked that a great affinity for and attachment to nature, and a passion for horticulture are characteristics that are shared by both Japanese and British people. Both countries also share a commitment to a sustainable future, a goal to which the research undertaken by Kew Gardens contributes greatly.


“Japan” festival will run between 2-31 October in the world’s largest Victorian glasshouse, the Temperate House, and around the gardens; showcasing the rich and diverse nature of Japanese horticulture to visitors from the UK and beyond. SHIOTA Chiharu has created a large scale installation One Thousand Springs for the event, and the Chalk Garden, designed by KODAI Yuichi, combines British limestone with Japanese planting. In traditional Japanese autumn festival fashion, Japan’s national flower, the chrysanthemum will also be displayed. The Embassy cooperated with Kew in the development of a special Japanese menu offered across the gardens during the festival.