Top > Workshops in Clay: The Anagama at the Oxford University Kilns, Wytham Woods

Workshops in Clay: The Anagama at the Oxford University Kilns, Wytham Woods 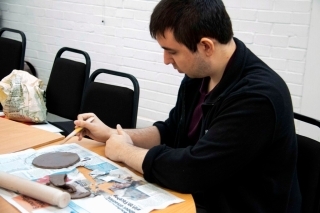 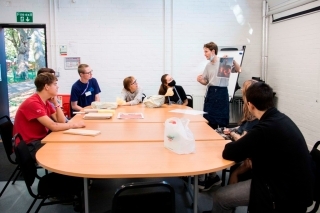 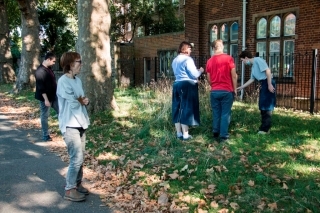 An anagama, (lit. cave kiln) is a traditional Japanese pottery kiln. It is an earthern structure built on a slope which is fueled by wood to fire pottery and has a firebox at one end and a chimney flute at the other. The Embassy has been working in collaboration with the Oxford University Kilns to put on a special firing of their Japanese anagama wood kiln as part of the University of Oxford Humanities Cultural Programme’s ‘Japan Season’ led by TORCH (The Oxford Research Centre in the Humanities), 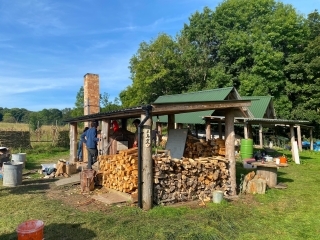 with the ceramic pieces due to be exhibited at a special exhibition at the Embassy this winter. As part of the project, TORCH has been running workshops for 60 school children in and around Oxford, with the resulting pots due to be fired in the anagama. Separately, the Embassy also conducted a workshop in collaboration with Mudgang pottery in South London and the Archbishops Park Community Trust.
The workshop began with an introduction to the anagama kiln, explaining how the kilns are fired, and what results could be expected. Anagama kilns take an extraordinary amount of skill to fire, and will reach temperatures of 1300ºc at their peak. There are many different techniques and ways to fire an anagama, including the length of time spent stoking, how quickly the temperature is raised and how quickly it is cooled. For the firing taking place ahead of the exhibition, three days of continuous stoking of the flames took place before the top temperature could be reached. The pots were not glazed, and so took on their decorative characteristics by the interplay of ember, ash and clay.

For the workshop, the students made slabs of clay before taking to Archbishop's Park to forage for interesting leaves, sticks and rocks to use to impress and mark the clay surface. Leaves from a sakura tree donated as part of the Sakura Cherry Tree Project even featured as being impressed on one of the student’s work!

Another classic hand building technique was then taught: making pinch pots. Using the thumb a small pot is formed by hand, with the resulting shapes resembling small ochoko - sake cups. 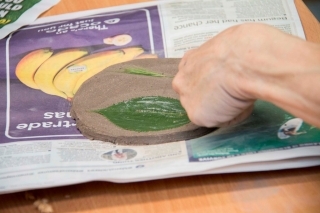 The work made at the workshop was fired in the anagama from 13 to 15 October. The results will be displayed at the Embassy before being returned to the students who made the work. We would like to express our gratitude to Mudgang pottery, for arranging the session, assisting with the teaching and bisque firing the students work, and to the Archbishops Park Community Trust, for organising the group and making the session possible.

The kiln was opened on 20 October, and live streamed to YouTube. Watch below to find out the results of the three day firing, hear from artists and wood-firing experts.