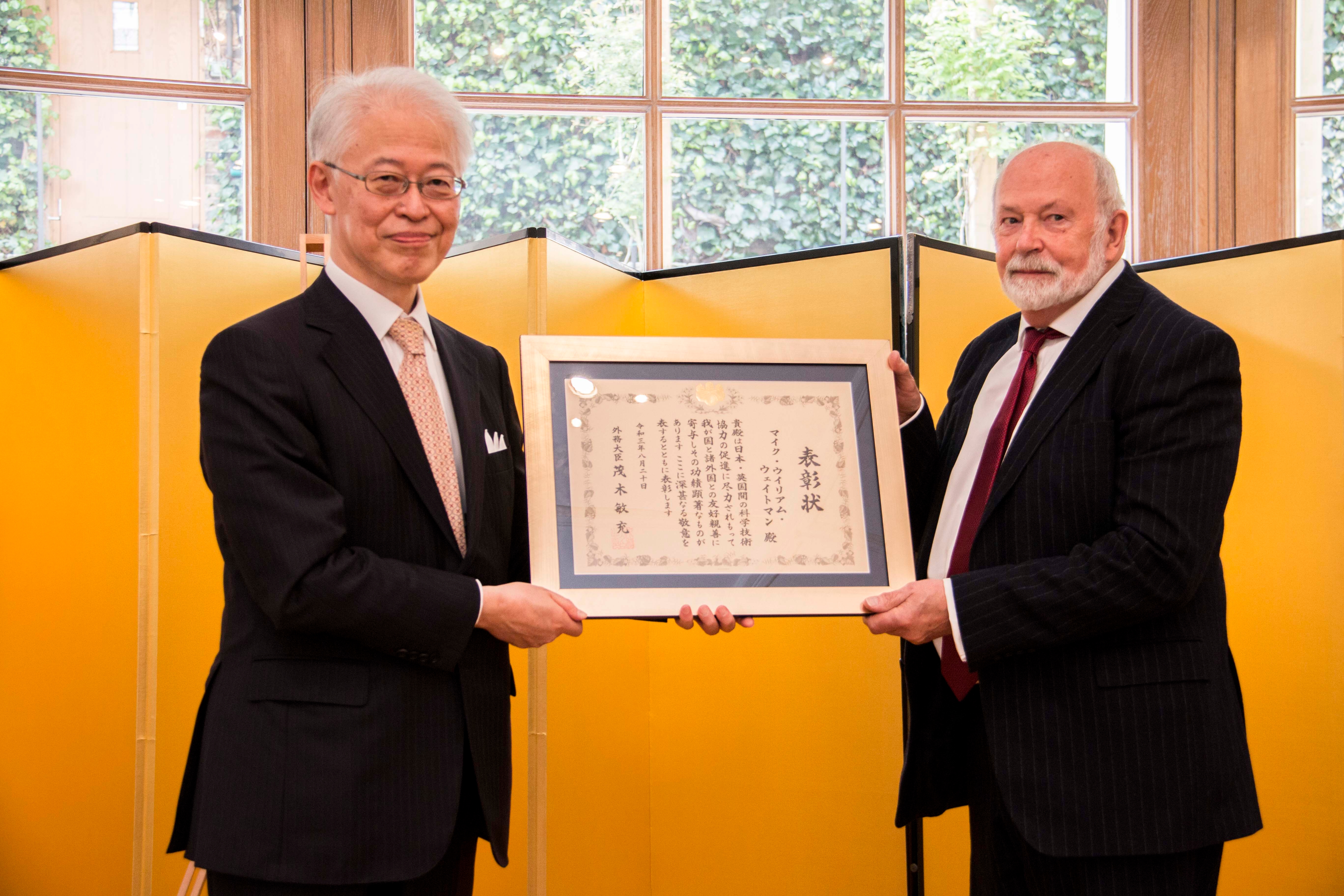 On 8 April 2022, Ambassador HAYASHI Hajime awarded the Foreign Minister’s Commendation to Dr Mike William Weightman at a ceremony held at the residence of the Ambassador of Japan.

In May 2011, Dr Weightman visited Japan and played an important role as head of the IAEA Fukushima Accident Investigation Expert Team, organised at the request of the Japanese Government. He compiled a report including several valuable lessons learned and submitted it to Japan and IAEA. After the mission, as an advisor to the Japanese Government, he has contributed to nuclear safety in Japan.

At the ceremony, Ambassador Hayashi paid his deep respects to Dr Weightman for his many achievements, and expressed his hope that Dr Weightman would continue to support the development of Japan’s nuclear safety.

In return, Dr Weightman expressed his appreciation and willingness to continue to work for nuclear safety in Japan. He also expressed his respect for the way Japanese people and society responded to the tsunami.