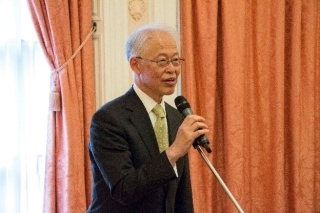 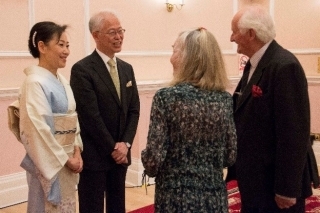 On 1 July, Ambassador and Madame Hayashi hosted the 25th Summer Reunion for Peace and Friendship at the Embassy.

The Summer Reunion was first held at the Embassy in 1997 as a reception for former prisoners of war and civilian internees, as well as for their families, and individuals who had supported reconciliation projects. This year's Summer Reunion was the first in-person reception held since 2019 and was attended by approximately 130 people. Attendees were pleased to see one another again and to continue enriching their friendships after a long time.

Ambassador Hayashi expressed his respect and gratitude for those who have contributed so much to reconciliation in both Japan and the UK and extended his condolences to the families of those friends of the Reunion who have passed away. He explained the deepening friendship between Japan and the UK and said that their strong partnership is built on trust between individuals in both countries.