Embassy of Japan in the UK 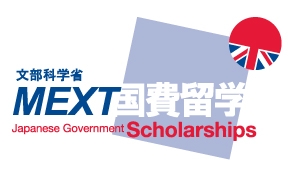 Past exams can be viewed here.

Past Application Documents (for reference)

For your reference, please refer to the links below for past application documents. Please note that these links will be updated for 2021 scholarship applications.

This award is offered on an annual basis to those with a minimum of a bachelor's degree, who are under the age of 35 and wish to continue their studies in Japan. The scholarship is offered for both research and taught postgraduate courses. With regard to a taught course, any additional entry requirements specified by each particular university must be met. No knowledge of the Japanese language is necessary for many subjects.

Grantees can pursue research or study in any field as long as it is related to their area of expertise or previous study. It can be difficult, however, to place students who wish to study visual and performing arts. Candidates are encouraged to establish contacts with Japanese academics in their field when applying for the scholarship.

Scholarships are tenable from either April or September/October each year. Those leaving in April will hold their award for a minimum of two years, whilst those departing in September/October will hold theirs for a minimum of 18 months. The Japanese Government provides return air fare, school fees and a monthly grant of ¥143,000 (subject to change).

All enquiries should be directed to:

This is an example of the usual schedule. However, please note that these dates may vary slightly from year to year.

*Please note that, although candidates may be successful up until this point, the final result depends on confirmation of your university placement.

Nationality: Applicants must have British nationality. Those with a nationality other than British should contact the Embassy of Japan in their home country. Applicants with dual nationality (British and Japanese) who reside outside Japan are eligible only if they have renounced their Japanese nationality by the time of their departure for Japan.

Age: Applicants must be under the age of 35 as of April of the year they wish to depart for Japan.

Academic Background: Applicants must be university graduates or those who will graduate from a university or college by March or September of the year they wish to depart for Japan.

Study Area: The study area must be within or related to the field that the applicant has previously studied (or is now studying).

Japanese Language: Applicants do not need to have any knowledge of the Japanese language unless they wish to study subjects such as Japanese literature or law.

Health: In view of the expected psychological challenges due to cultural and environmental changes, sound mental as well as physical health is an essential requirement.

Allowance: ¥143,000 (subject to change) per month will be given to each grantee during the term of his/her scholarship, with the understanding that the scholarship will be suspended if the grantee is absent from university for a lengthy period of time.

Six-month Japanese language course (if deemed necessary by the university)

Applicants may choose one of the following two categories:

Applicants should complete and submit the prescribed application forms (which usually become available to download from this webpage from April of each year) along with university transcripts from each academic year, a certified photocopy of the degree certificate if already graduated or a letter from the university stating the expected date of graduation if not, as well as your reference letter(s). As one of the application documents, candidates will have to submit a detailed research proposal or explanation as to why they have selected a particular taught course.

Candidates can specify three university preferences on the application form. It is not necessary to have made formal contact with universities in Japan at the time of application to the Embassy, although it does make for a stronger application if there is evidence that research has been conducted into suitable universities and departments. Only those who are selected after the Embassy interview stage are required to formally contact and gain acceptance into a Japanese university.

The Embassy of Japan in London will select preliminary candidates by inviting short listed applicants to interview. Those who have been selected as preliminary candidates will be recommended to MEXT through a screening committee. The final selection will be made by MEXT after the university placement has been confirmed.

In principle, applicants who wish to pursue such fields of study as Japanese linguistics, Japanese literature, Japanese history and Japanese law will not be selected as grantees unless they have sufficient knowledge of the Japanese language to follow these courses.

As part of the preliminary selection, assessment tests in Japanese and English will be given to all applicants. Please note that the interviews and tests can only be conducted at the Embassy of Japan in the UK and not available online such as Skype, over telephone or elsewhere.

6. Placement and Education at University

Candidates recommended for a scholarship will be required to gain admission as a research student or regular student at a university in Japan. In some cases MEXT will help with the placement. Final placement confirmation will be made by MEXT after consultation with the universities concerned. No objection by the grantee can be considered regarding the university placement.

A grantee whose knowledge of the Japanese language is insufficient will be placed on a six-month language training course upon arrival in Japan.

* Students majoring in medicine or dentistry will not be allowed to carry out clinical studies by conducting medical examinations or performing operations, unless they are permitted to do so by the Minister of Health and Welfare under the provisions of the Japanese laws concerned.

** Fields of study must be one of those available at Japanese universities. Traditional entertainment arts, such as kabuki and Japanese dancing, as well as practical training given by factories or companies are excluded.

Alumni Association in the UK

Information on Safety and Disaster Management 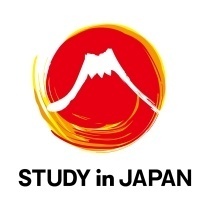